What’s the most unusual place for a threatened plant to grow? Possibly on the sides of major highways where this beautiful plant grows. This is pale-flowered kumarahou (Pomaderris hamiltonii) a shrub or small tree that grows to 3-6 m tall. It once grew in natural shrubland throughout the Auckland region. It’s now mainly only found on roadsides near Kaiaua (Firth of Thames) and the Warkworth area.

It has developed a liking for roadsides as they are places which mimic its natural habitat of sites of constant disturbance. These sites provide lots of light and bare open ground that it needs for seed germination. Roadsides are a refuge this plant as farmland now occupies most of its former habitat.

To prevent the extinction of pale-flowered kumarahou the Auckland Botanic Gardens grows this plant to show visitors its beauty, advocate its plight and help visitors to identify it. We are also collecting seed for the national seed bank. Seed banking is a way to store seed long-term using a freezer. Seed banking is an easy way to save lots of seeds, which means lots of genetic diversity, in a very small space. Ten-thousand seeds might take up the space of a peanut butter jar whereas ten thousand plants need more than a rugby field of space. 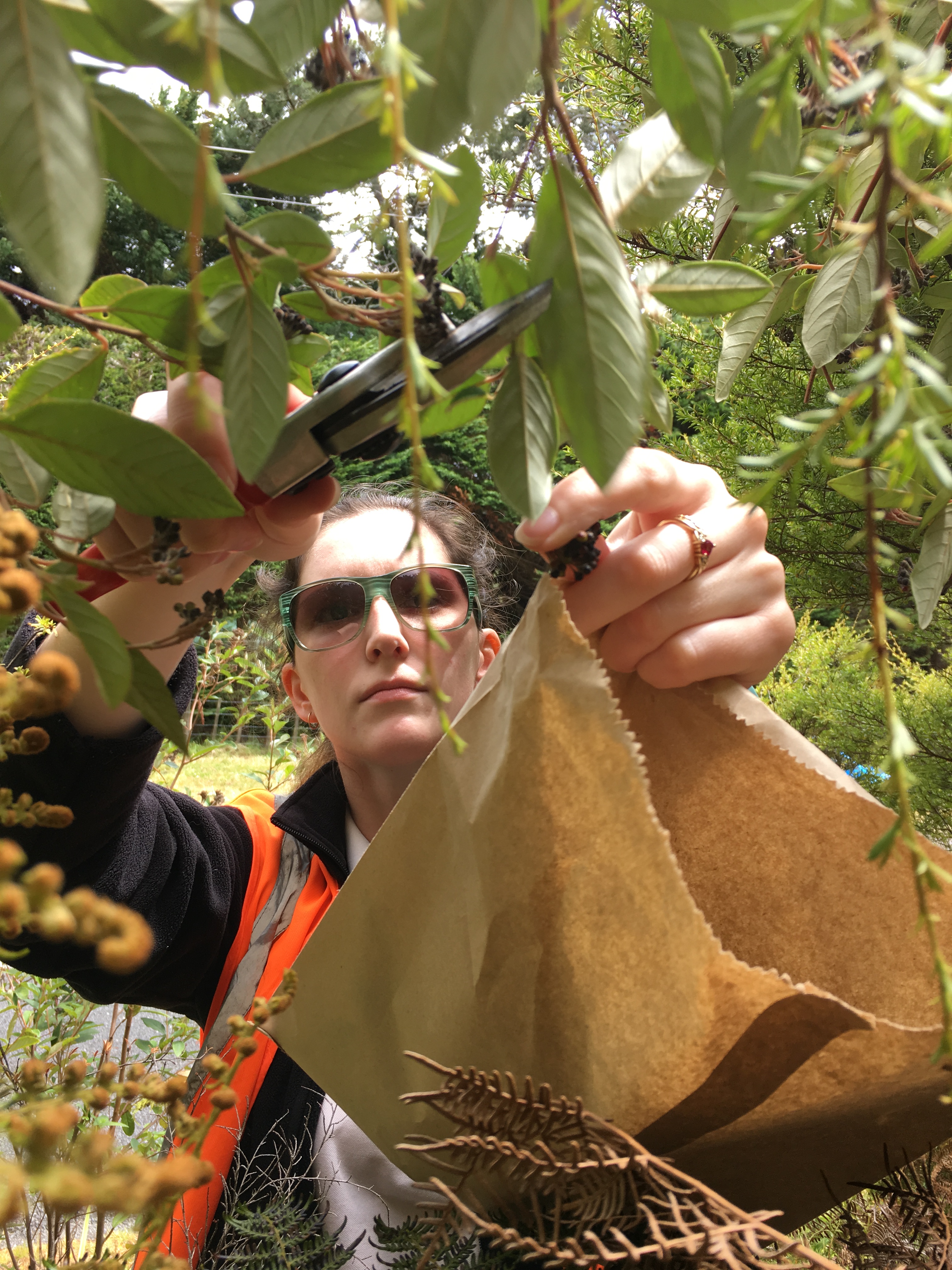 Botanical Records and Conservation Specialist, Emma is collecting seed of the Pomaderris hamiltonii.

For the seed bank to accept seeds we need to supply them with plants from a wild natural site and collected from as many plants as possible. They are then dried out slowly to reduce their water content and frozen, hopefully staying viable for at least 100 years or more.

A similar closely related and more widespread species, kumarahou (Pomaderris kumeraho), overlaps with the distribution of pale-flowered kumarahou. The best time to see their differences is in early spring when they flower. The more common species, kumeraho, has very bright yellow flowers. At other times of the year you can use leaf shape: kumarahou is a little larger and more rounded with a blunt tip; pale-flowered kumarahou has a more narrow leaf that tapers to a point.