Science gives harakeke one name, Phormium, but Māori have many names for harakeke based on a plant’s use and features. Visit the Harakeke Collection and discover some of the beautiful stories of harakeke - if you listen carefully, there are many deep layers of meaning.

The Harakeke Collection has been selected over the centuries by Māori weavers from all over New Zealand. Each variety has been especially chosen for its unique leaf and fibre properties and specific use in weaving. Harakeke is an incredibly important plant for Māori - traditionally it was used to make many important everyday items such as kākahu (garments), kete (kits), taura (rope), whāriki (matting) and rourou (food baskets).

To learn more about, and from, this precious tradition - keep an eye on our events calendar for workshops where you can learn how to harvest and weave harakeke and the protocols that apply. We are also able to provide harakeke material to groups wishing to use traditional harakeke in weaving, for education and research.

Harakeke harvesting is available to community with consent from our curator. We have tikanga (protocols) that need to be followed in order to keep this precious taonga (treasure) healthy and protected. Please contact our Harakeke Curator Angela to organise a time for harvesting and learn our tikanga prior to harvesting: Angela.Anstis@aucklandcouncil.govt.nz. Please no harvesting without permission from our curator. 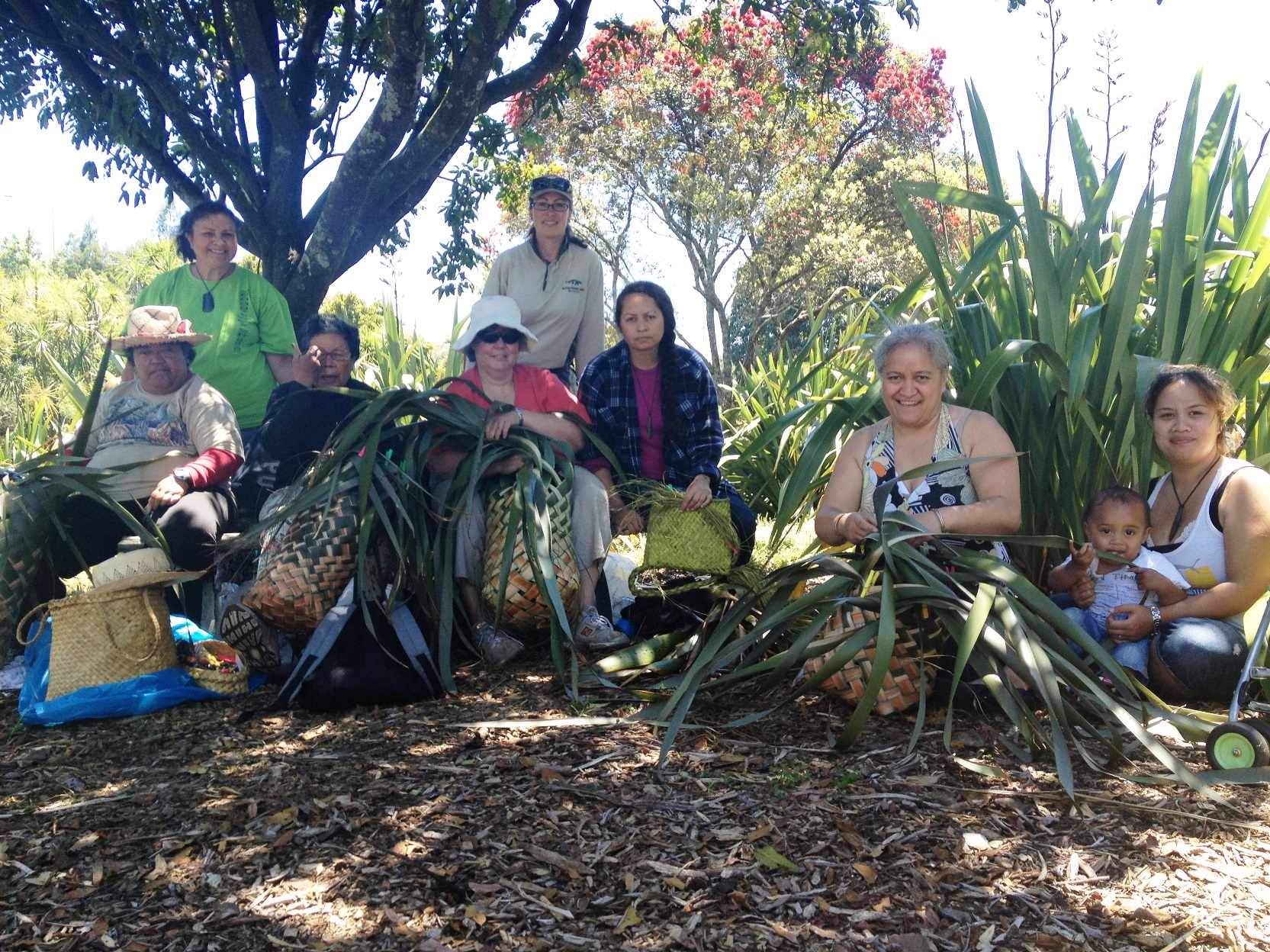 Harakeke has always been a precious plant to Māori. Harakeke is variable with individual plants exhibiting superior qualities for weaving or extracting muka (fibre). Māori grew and selected the best plants and propagated them vegetatively, by division, so that their true qualities were maintained.

Traditionally a Karakia (prayer) precedes harvesting. Māori see the fan-shaped harakeke as a whānau or family. The precious rito, or inner shoot, is like a child and must never be removed. The awhi rito stand on each side of the rito – they are the mātua or parents – they also are never harvested.

This collection commenced in 1989 with the donation of 23 weaving cultivars by the late Mr Buckley Fyers of Tuakau. He collected harakeke from every source available and established a planting in Tuakau’s Centennial Park. He was passionate about the conservation of harakeke and was very keen that we had a collection here at Auckland Botanic Gardens.

Divisions of a further 25 cultivars were obtained through Sue Scheele in 1996 from the Rene Orchiston National New Zealand Flax Collection at Landcare Research in Havelock North. Rene Orchiston travelled to marae across New Zealand, collecting harakeke and documenting its uses. She kept around 50 of these traditional weaving varieties in cultivation and later donated them to Landcare Research – Manaaki Whenua, which became the kaitiaki of the collection.

For more information on the varieties of harakeke and the National New Zealand Flax Collection, visit the Landcare Research website. 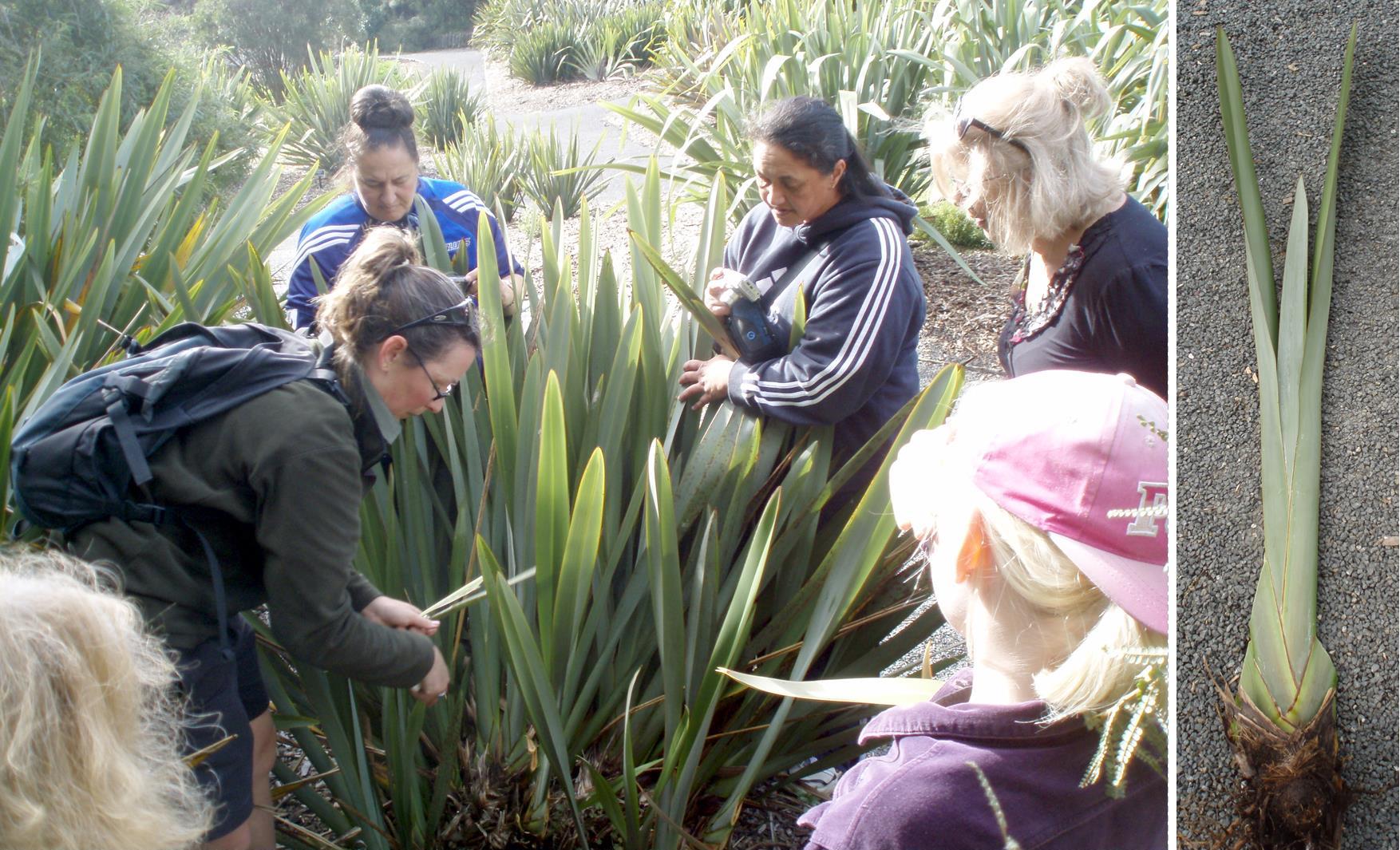 Auckland Botanic Garden conserves all known cultivars of harakeke through curation at the Gardens and enables distribution to others involved in the conservation of plants.

Auckland Botanic Gardens are conserving all known cultivars of harakeke through curation at the Gardens and enabling the distribution to others involved in the conservation of plants. For more information or recommendations please contact us.

Learn more about our native collections